After stealing the show in last year’s coming-of-age drama Rocks, rising star Kosar Ali is showing no signs of slowing down. Fresh from a surprise Supporting Actress nomination at this year’s BAFTAs, the London teen is starring in new BBC comedy short PRU – about an unruly group of school kids navigating the pitfalls of adolescence.

It’s another fun project for Ali, and showcases all of the 17-year-old’s infectious energy and talent. From her East End roots to dreams of playing the Joker – here are nine things you need to know about Kosar Ali.

Rocks, in which Ali plays the sparky Sumaya, was the young star’s first professional role – but she’d been exploring drama for a little while. “I used to do a lot of musicals and little plays at primary school, but picked GCSE drama because I just wanted to have something where I could mess around – plus most of my friends picked it,” she explains.

But Ali could have missed her big break, if her friends hadn’t talked her into it: “My drama teacher did assembly and said there would be a workshop audition for a little film, and I was like ‘I’m not interested’ but my friends were like ‘There’s nothing else to do!’” Moral of the story: always trust your friends.

She had a lively school experience…

Both of Ali’s projects to date focus on misbehaving students – which connects with her own experience between two schools. “It was like survival mode in the first one,” she says. “I used to get into a lot of fights. But my second one is when I really started to enjoy school because I met amazing friends and had really good teachers.” Today, she values education more than anything. “School is where your true self comes out and you can do whatever you want – even if you still get sanctioned!”

Family means everything to her

At just 17, Ali is still close to her family, who “keep [her] humble”. She explains: “Sometimes in this industry you can get serious imposter syndrome, but my family keep me sane.” They also keep her in check when she’s about to make a bad decision: “My mum’s bullshit detector is just insane!”

The East End is where it’s at

Ali loves “the blend of cultures” throughout the city but has a particular soft spot for where she grew up. “I love it [in east London] because I know that every shop I walk into I don’t have to ask, ‘Hey, is this Halal?’ Because I know it will be,” she explains. “And I love food! So it’s really important.” 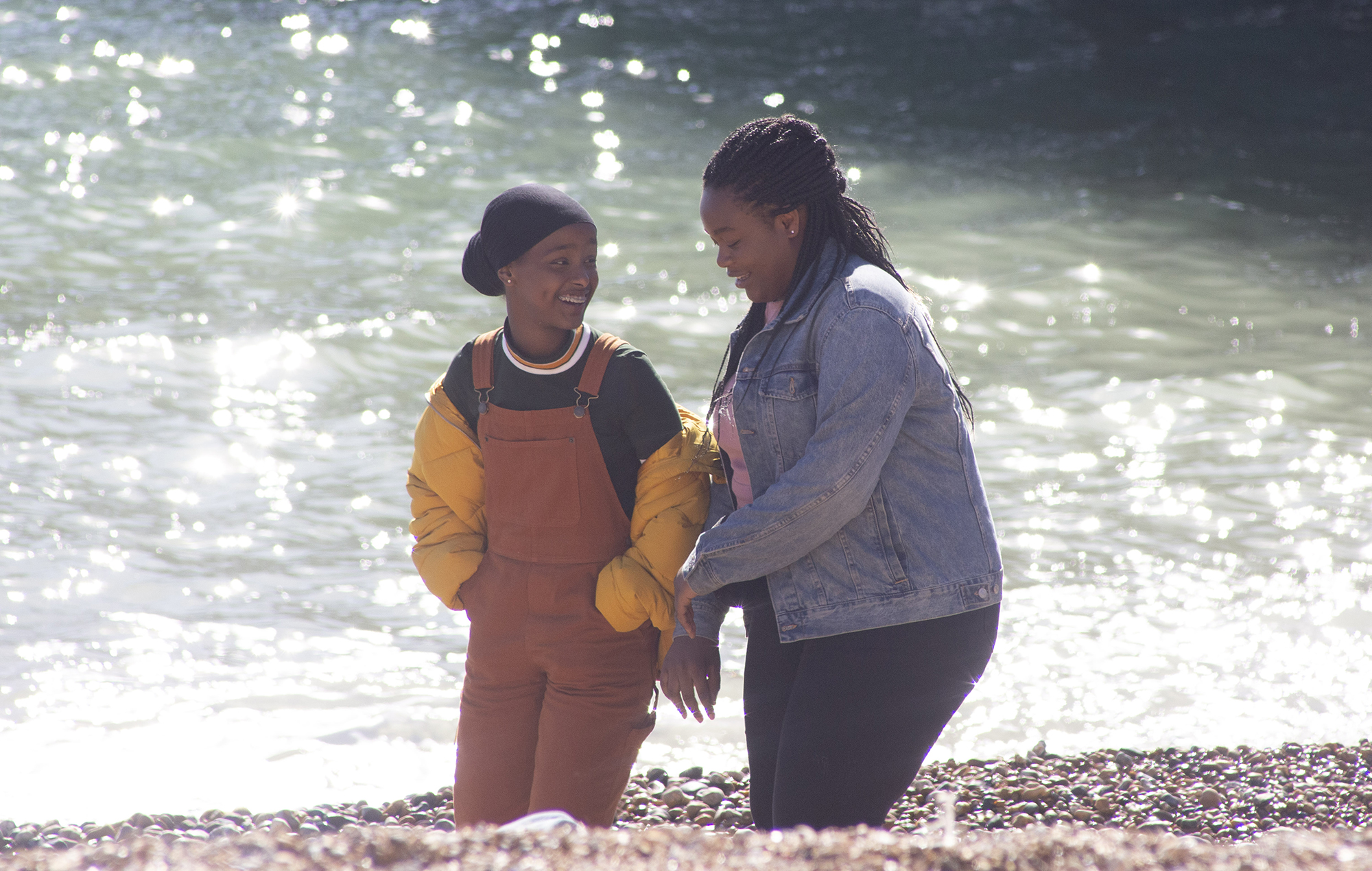 She wants to tell diverse stories about London

“When you walk down the street in London it’s the definition of diverse,” Ali says of her hometown – but it doesn’t always translate that way on-screen. “When I watch ‘British’ films sometimes I think, ‘I guess we’re on different sides of London.’ I just hope people don’t limit their own creativity because of the way someone looks, or because they’re unsure. A lot of people seem to like to be safe – they don’t try stuff that’s new. But I’m hopeful, I think it’s going to be amazing.”

Writing and directing is her next step

Acting is a fairly new thing for Ali, but she’s been inspired by her projects and by the shows she watches in her spare time to get behind the camera as well. “I write, but after watching [This Is Us] I wanted to close my laptop and throw it out the window. Writing like that is a superpower!” In terms of what she’s working on, she’s focusing on short films for now, with no subjects off limits. “I get weird ideas in the shower and run back to my laptop to write them down!” 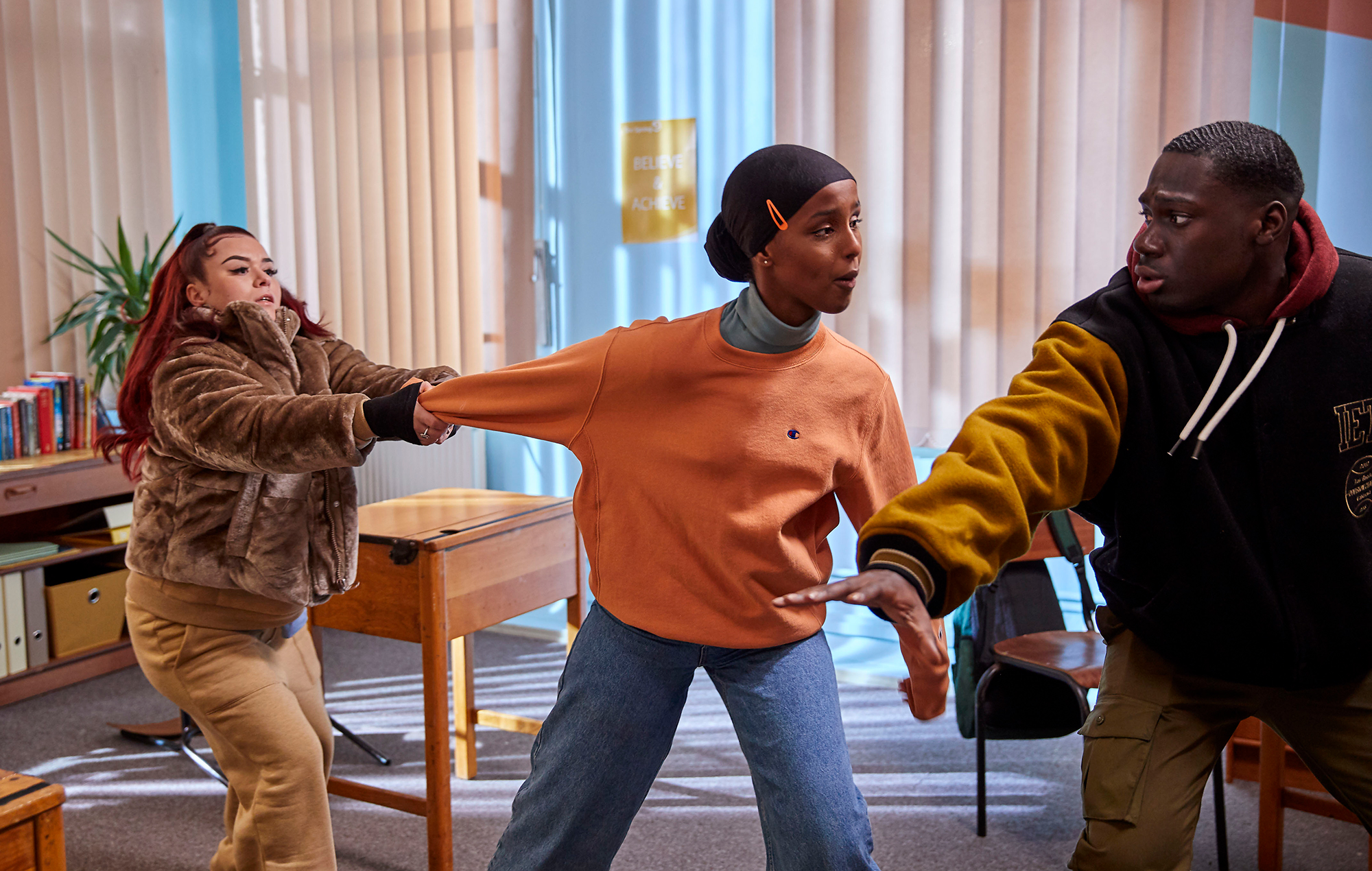 She’s got a couple of unusual hobbies…

When Ali isn’t acting, you’ll find her practising kickflips and ollies. “I like to go to the skate park with my friends,” she says. “But I’m not really a pro like some of them. I’m trying but it’s not going really well right now – my knees hurt!”

The rest of the time, she’s scrolling through TikTok. “You’ll find some anime, and some cooking, and some dancing… but if you don’t like anime, your loss!”

And she’s obsessed with horror films

When asked for the one filmmaker she would love to work with, there’s no hesitation: Jordan Peele. “I’m obsessed with horror films,” Ali says. “I watch them at night by myself and my mum will be like, ‘You’re not ok’ and I go ‘What is okay?’. I think it would be really cool to play the girl from The Grudge.”

…but her dream is to play the Joker

Above all others, Kosar Ali has one dream role in mind: the Joker. She says the character feels like “a magnifying glass put on this one human” but thinks it’s a universal story too. “Maybe everyone’s like that – not in a dark way, but we all put on an act so we can be deemed normal. But when you break down the layers, everyone’s a bit crazy.”