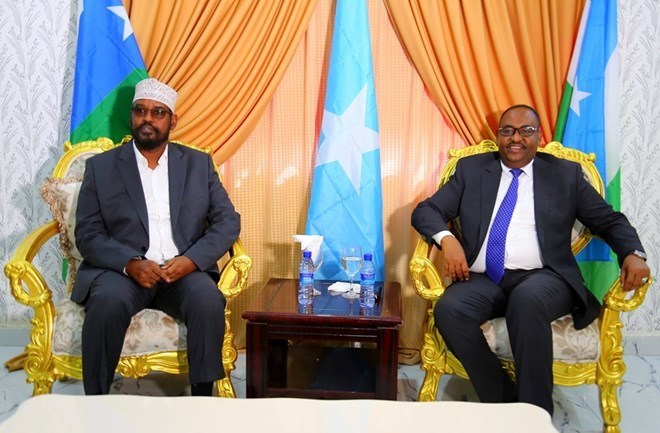 MOGADISHU (HOL) – The sixth round of electoral talks in Somalia are is set to commence Wednesday following the expected arrival of Jubbaland and Puntland presidents in Mogadishu today.

Ahmed Madobe (Jubbaland) and his Puntland counterpart Abduallhi Deni who have been acutely opposed to President Mohamed Farmaajo will arrive in Mogadishu today.

An advance security detail of Madobe landed at Aden Adden Airport in Mogadishu this morning.

However, the talks still face hurdles over demands raised by the two allied leaders. Sources told HOL the two leaders want the September 17 Agreement re-opened to include the Council of Presidential Candidates (CPC) which comprises 15 presidential candidates.

Additionally, Madobe and Deni want the talks to be expanded to include demands by the opposition which include the exit of Famraajo from office and removal of senior security chiefs whom the opposition accuse of working at the behest of Famraajo.

Another issue raised by the opposition is the security of the protests which it has demanded be secured by their teams instead of government security forces.

The federal government however wants a straight forward approach to the talks putting two agenda items on the table.

One is the signing of the implementation process of the September 17 deal and secondly giving the nod to the Baidoa Framework agreed to by a joint technical committee.