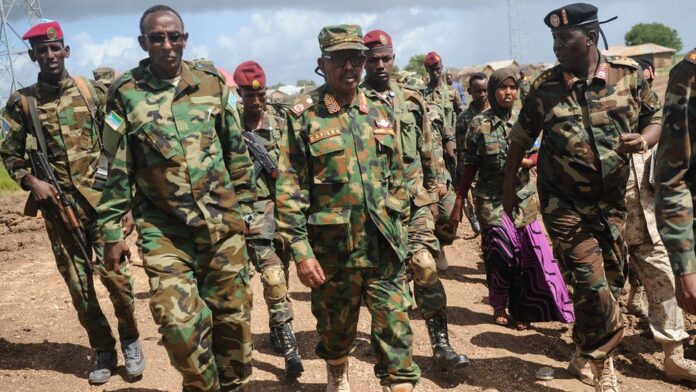 Hundreds of residents of Mandera in north-eastern Kenya near Somalia have fled the area in the aftermath of clashes between warring troops across the border.

This comes a day after the Kenyan and Somali presidents spoke by phone and agreed to resolve the escalating tensions between the two countries.

President Uhuru Kenyatta and his counterpart Mohamed Abdullahi “Farmaajo” spoke on Thursday, after the Kenyan leader accused Somalia of an “unwarranted attack” on its territory.

The Kenyan president was referring to clashes between Somali government forces and its regional troops in Bula Hawa, which spilled across the border into Mandera.

He warned Somalia to stop provoking Kenya by violating its territorial integrity, saying the Somali army had fought on Kenyan land, creating tension and harassing residents.

A week ago, Somalia accused Kenya of meddling in its internal affairs and warned it to stop its encroachment in the border areas. Kenya denied the claims as “baseless and invalid”.

The two leaders have now agreed to work together to improve border security, and form two committees drawn from both countries to look into strengthening diplomatic and trade relations.

According to a statement from Somalia’s presidential team, the committees would also look into strengthening diplomatic and trade relations.

Will the calm last?

Dr Hassan Khannenje, the director of the the Horn International Institute of Strategic Studies in Nairobi, says while the call was an attempt to de-escalate the situation, the calm is unlikely to last.

Dr Khannenje says that while the situation may calm down for now, it could blow up again at any time, especially because of the ongoing maritime boundary dispute.

He also says the fundamental political issues in Somalia, including the al-Shabab question, will not be resolved any time soon.

In the meantime, tension remains high along the border, with the warring troops still present.

So what are the issues that have soured Somalia’s relations with Kenya in recent times?

The two countries have been locked in a long-running dispute over sovereignty of an area in the Indian Ocean,

Both countries claim the area – thought to contain large deposits of oil and gas.

Kenya has argued the sea border should be drawn parallel to the line of latitude, while Somalia saying it should be extended in the same direction as its land border.

The two were unable to settle the matter out of court, ultimately referring the matter to the International Court of Justice (ICJ), which Mr Mohamed insisted should be the ultimate arbiter.

Kenya had favoured a negotiated settlement, arguing the court system would not address the political issues around the case.

The international court is expected to rule on the maritime dispute in June.

The political and security situation in Somalia has also played a role in escalating the diplomatic row between the two countries.

Somalia has experienced almost constant conflict since the collapse of its central government in 1991.

The government in Mogadishu has been unable to exert muchcontrol over the regional governments, which run almost autonomously.

Al-Shabab, which has links to al-Qaeda, remains active in many rural areas.

Kenya is one of several countries to have deployed troops as part of the African Union Mission in Somalia (Amisom), which is helping the Somali government battle al-Shabab.

But al-Shabab continues to carry out attacks in both the country and its neighbours, including Kenya.

At least 80 people died in a bomb blast in December in Mogadishu and there have been other deadly attacks since then.

The Somali government has been accused of spending too much on disputes with regional governments in Jubbaland, Puntland, South West and Galmudug, rather than tackling the threat from al-Shabab.

Who does Kenya support in Somalia?

Kenya backs the administration of Ahmed Mohamed Islam better known as “Madobe” in Jubbaland, because of its own security and regional interests.

Kenya has its troops under Amisom deployed in Jubbaland together with Ethiopia, and has been keen to have the region, which stretches right along its 700km- (430 mile) border with Somalia, as a buffer zone against al-Shabab.

Last year, Mr Madobe was supported by Kenya to win his election bid as the regional president, against opposition from President Mohamed and Ethiopia.

The Somali government then imposed air travel restrictions between Kismayo, Jubbaland’s biggest city, and Mogadishu, which badly affected business in the state, as ground transport is unsafe because of al-Shabab.

Somalia’s leader has a close interest in who is in power in the states, as they determine the people who pick the MPs from the state, who in turn elect the president.

This may change as Mr Mohamed recently signed a historic law that paves the way for the country to hold its first one-person-one vote election in half a century, although this may not be possible in all areas because of the security situation.

The latest clashes in Mandera come against a background of simmering tensions between the two countries.

In the latest incident, Somalia accused Kenya of harbouring Jubbaland security minister Abdirashid Janan Hassan Abdinur, who is said to have escaped from a Mogadishu prison on 28 January.

The regional minister, who is accused of committing grave human rights violations and killing civilians in Gedo, Somalia, had been in detention for four months awaiting trial.

Amnesty International had asked Kenyan authorities to “immediately arrest and hand him over to the Federal Government of Somalia”.

Amnesty also accused the Jubbaland administration of shielding him from facing justice.

“The Jubaland administration, including President Ahmed Mohamed Islam, who has repeatedly called for Abdirashid’s release from detention, must desist from shielding him from facing justice upon his return,” it said.

So this week the Somali government deployed contingents of troops from Mogadishu at the border near Mandera town in Kenya, where the minister was said to be hiding.

It prompted the face-off with a militia group loyal to the minister and Jubbaland troops who were protecting him.

For now, the presidential phone call seems to have de-escalated the situation.

But it is far from clear whether it has resolved the many outstanding issues between the two neighbours. 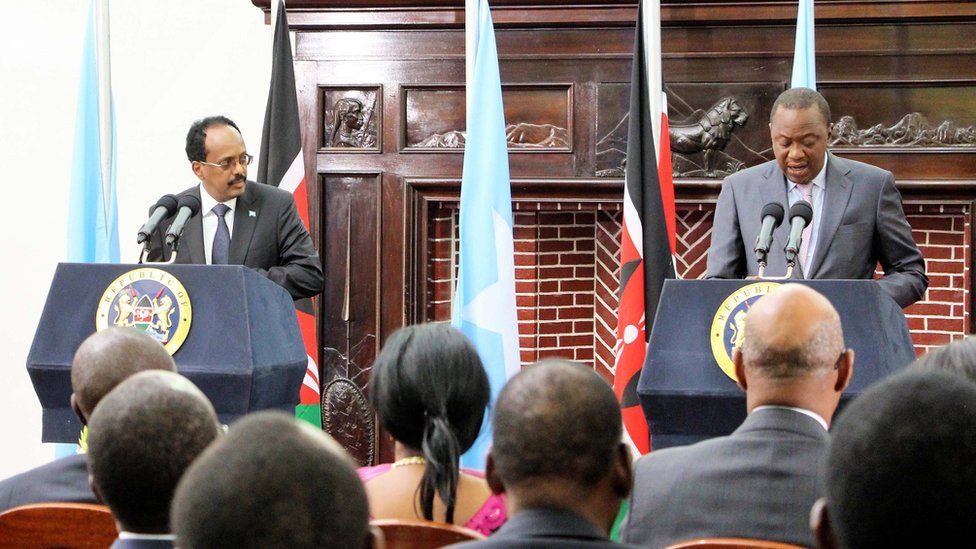 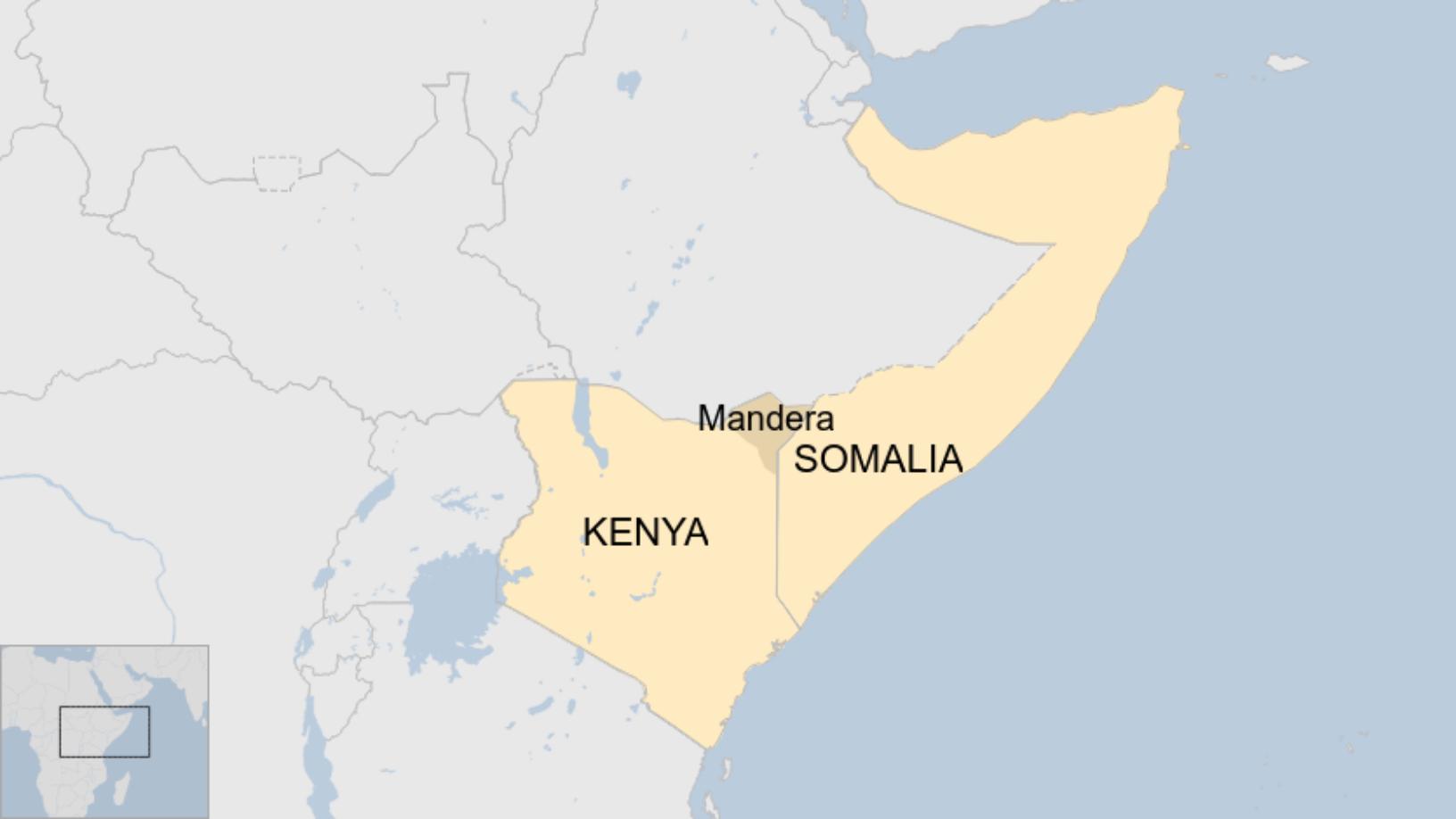