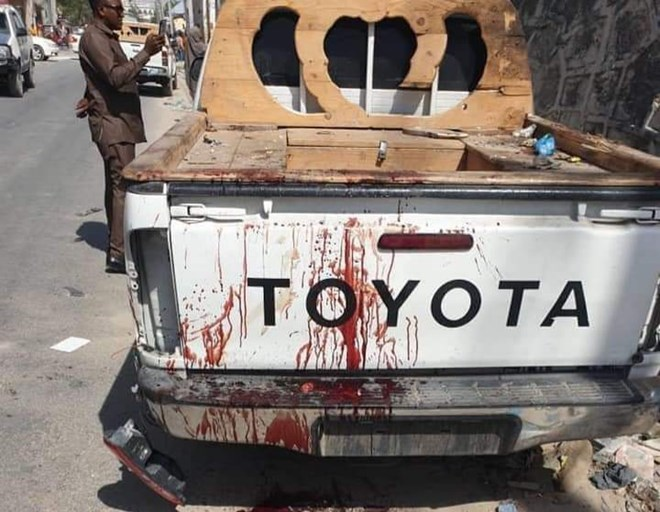 MOGADISHU (HOL) – Four bodyguards of two former lawmakers were killed Saturday in Mogadishu after the vehicle they were travelling hit a landmine in Mogadishu.

Police sources said the four died on the spot when a Toyota Hilux they were in ran into an improvised explosive device (IED) in Shibis district.

The incident which adds to increasing IED attacks in the city happened at Behani junction in Shibis district.

The incident involving Farah is the second in less than a month. He survived a similar attack in Kaaraan district on December 20 but his bodyguard was killed.

The militant group Al-Shabaab has claimed responsibility for today’s attack through its affiliate media.