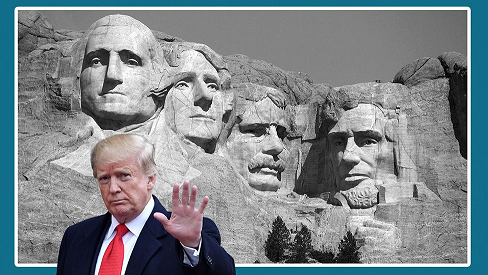 Donald Trump will be remembered as the first president to be impeached twice. He fed the myth that the election was stolen, summoned his supporters to Washington to protest the certification of the Electoral College vote, told them that only through strength could they take back their country, and stood by as they stormed the US Capitol and interfered in the operation of constitutional government.
When historians write about his presidency, they will do so through the lens of the riot.
They will focus on Trump’s tortured relationship with the alt-right, his atrocious handling of the deadly Charlottesville protest in 2017, the rise in violent right-wing extremism during his tenure in office, and the viral spread of malevolent conspiracy theories that he encouraged.
If Donald Trump had followed the example of his predecessors and conceded power graciously and peacefully, he would have been remembered as a disruptive but consequential populist leader.
A president who, before the pandemic, presided over an economic boom, re-oriented America’s opinion of China, removed terrorist leaders from the battlefield, revamped the space program, secured an originalist (conservative) majority on the US Supreme Court, and authorised Operation Warp Speed to produce a Covid-19 vaccine in record time.