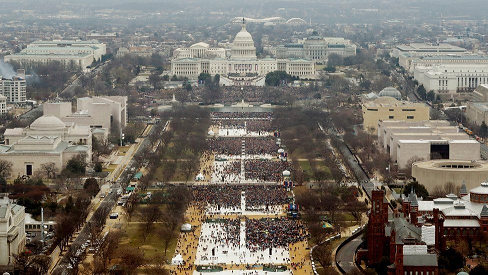 Crowds are seen gathered at Mr Trump’s inauguration ceremony on 20 January 2017.
Just days later, the new president accused the media of lying about the attendance. He was said to be angry that images appeared to show the crowds were lower than for Barack Obama’s first inauguration in 2009.
White House Press Secretary Sean Spicer told the media it had been “the largest audience to ever see an inauguration, period”. 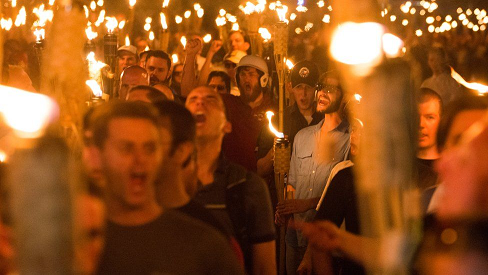 Far-right supporters and white nationalists took part in a torch-lit rally through Charlottesville, Virginia, in August 2017.
The following day a woman was killed and 19 were injured when a car ploughed into a crowd of counter-protesters in the city.

In response, President Trump condemned violence by “many sides”, prompting a wave of criticism. Some 48 hours later, he denounced far-right extremists calling “KKK, neo-Nazis and white supremacists repugnant to everything we hold dear”.

Joe Biden has said it was the president’s response to the tragedy that prompted his own decision to run against him. 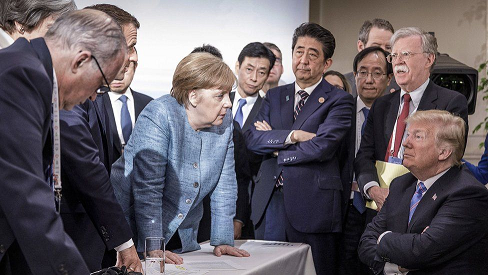 Mr Trump’s attendance at the G7 summit in Canada in June 2018 did not get off to a good start, when prior to the event, the president announced import tariffs on steel and aluminium from the EU, Mexico and Canada.

Other images from the meeting showed more friendly relations between the leaders – but this photo was considered by many to reflect the underlying tensions of the gathering.

Mr Trump left the summit before other leaders and claimed that America was “like the piggy bank that everybody is robbing”. 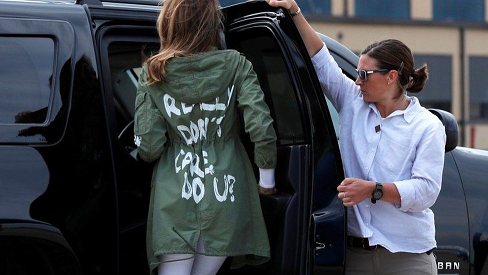 First Lady Melania Trump is pictured wearing a jacket in June 2018 which reads “I really don’t care, do you?” on the back, during a trip to a migrant child detention centre.

There was speculation over what message Mrs Trump intended to send by wearing the jacket on that trip, which came at as the president was under fire for for his policy of separating children from their parents at the border.

The First Lady later admitted it had been a message “for the people and for the left-wing media who are criticising me. I want to show them I don’t care. You could criticise whatever you want to say. But it will not stop me to do what I feel is right”. 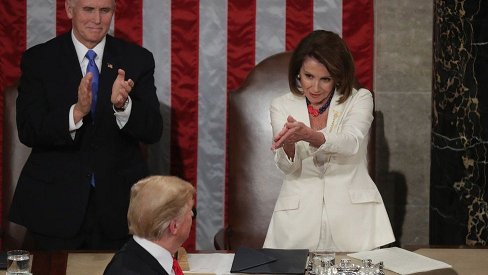 Mr Trump called for compromise in politics during his State of the Union address in February 2019 but Nancy Pelosi was pictured giving what many saw as a sarcastic clap.

He broke protocol by not waiting for the customary introduction from the House Speaker before beginning his speech.

The image, termed the “Pelosi clap” quickly went viral and appeared to show the political rivalry between the two. 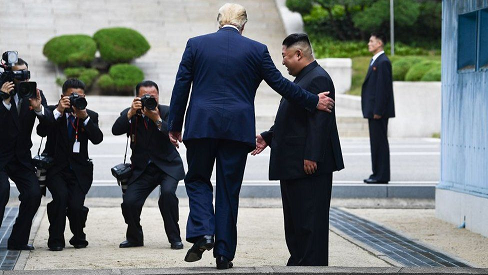 Mr Trump walks into the northern side of the military demarcation line that divides North and South Korea in June 2019. In doing so, he became the first US sitting president to cross the line.

His decision to meet Kim Jong-un without pre-conditions stunned the world.

Despite the apparent warming of relations, little concrete progress was made on negotiations over North Korea’s nuclear programme.