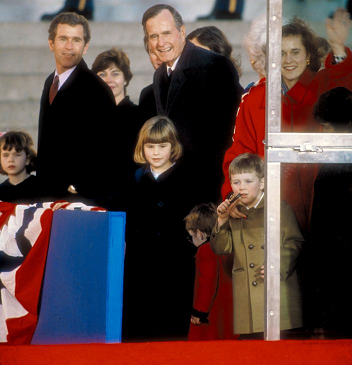 In a new interview for Maria Shriver’s The Sunday Paper, the Today show star, 39, shared memories from her late grandfather, former President George H.W. Bush’s Inauguration Day in 1989 and said it was like “living in a dream.”
“My earliest memory is being at my grandfather’s Inauguration. My sister and I were little—we were in first grade—and we didn’t quite understand the significance of it. We just saw somebody that we loved being sworn into office,” she said. “We loved balloons and the parade. And we’re from Texas so even just to be in Washington when it was cold and beautiful and wintery—it was almost like living a dream.”
Bush Hager and her twin sister, Barbara, were in the first grade when her late grandfather took the oath of office. Being so young, the girls didn’t understand the gravity of the situation, but the Today with Hoda & Jenna co-host also credits her grandfather’s humility. 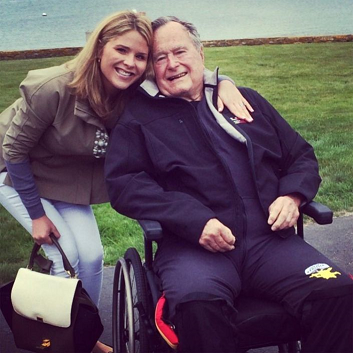 “My grandpa was such a humble man that when he was with us, he was so present, getting on the ground and playing with us and reading to us. So, when we were young, we never really knew the gravity of what was happening, and I think that was a lot because of him,” she explained. “His role as a grandfather, as a father, as a husband—his family came before anything else.”