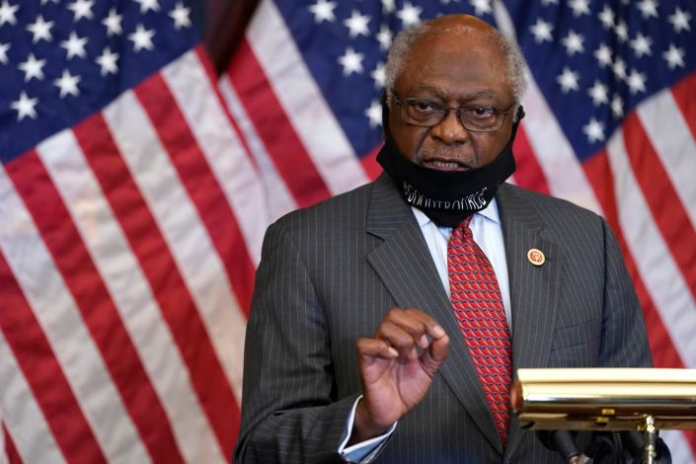 I do not think it is possible to look back on our recent national elections and subsequent events and not conclude that our country is at a crossroads. That could be an alarming prospect but for the fact that it is not unfamiliar terrain.

Without going too far back in history, I find the turbulent 1960s for references. The election of John F. Kennedy in 1960 and his subsequent assassination in 1963. The election of Lyndon Baines Johnson in 1964 and the turmoil that followed with his escalation of the Vietnam War. The National Democratic Convention and election of Richard Nixon in 1968. Among the social activism that were backdrops to all these political events were the Freedom Rides in 1961, the March on Washington in 1963, and Bloody Sunday in 1965.

As a student activist on the campus of South Carolina State College, I became a founding member of the Student Nonviolent Coordinating Committee in 1960.  It was in that capacity that I first met and got to work with Dr. Martin Luther King, Jr. and my late colleague and great friend John Lewis. After the extraordinary success of the March on Washington, Dr. King penned “Why We Can’t Wait,” extolling the “fierce urgency of now.” The book was an extension of his timeless 1963 “Letter From Birmingham Jail.”  That letter was in response to a letter Dr. King had received from eight white clergymen who chided him for being too impatient in his fight for freedom, justice and equality under the law.  They urged Dr. King to be patient and wait; that the goals he sought would eventually be won. Although he expressed hope that political activism and the election of President Lyndon B. Johnson would bring about the change Blacks hoped to see, Dr. King wrote that “wait almost always meant never.” In “Why We Can’t Wait,” Dr. King argued that the promise of America had been denied to African Americans for 300 years and attempts to prolong the wait for equal rights would be met with persistent nonviolent resistance.

Shortly before his life was cut short by the type of violence and ill will he had always extolled against, Dr. King wrote another rather profound book entitled, “Where Do We Go From Here: Chaos or Community?,” which – in my not so humble opinion – can be viewed as a roadmap for us today.

During the three short years between “Why We Can’t Wait” and “Where Do We Go From Here,” there was significant unrest in the country.  In 1965, Alabama officials turned a peaceful voting rights march across Selma’s Edmund Pettus Bridge into what has become known as Bloody Sunday, and the deadly Watts Riots in response to police brutality took place in Los Angeles.  Despite the turmoil some incremental progress was made; the Civil Rights Act of 1964, the Voting Rights Act of 1965 and the Fair Housing Act of 1968 all became law.

Dr. King also made demands for better jobs, higher wages, decent housing, and education equity. He wrote in 1967 that, “In this unfolding conundrum of life and history there is such a thing as being too late. Procrastination is still the thief of time. …This may well be mankind’s last chance to choose chaos or community.”

Recent chaotic events remind us that we still have a long way to go to achieve the beloved community of which Dr. King dreamed, and that we are promised in our pledge for “liberty and justice for all.”  Although he differed with President Johnson over the Vietnam War, King worked with the Johnson Administration to achieve many of his dreams in Johnson’s Great Society programs.

In these challenging days that are so reminiscent of the 1960s, I find myself reflecting on Dr. King’s vision for America.  As Dr. King, did in 1964, I also find myself echoing the hope that our newly elected president – Joseph R. Biden – will provide the leadership needed to get us back onto our pursuit of a “more perfect union.”

Hopefully, he and the new Congress will pursue an agenda that addresses the inequities in health care, housing, education, and criminal justice. Hopefully they will work together to restore faith in our democracy and strengthen the foundation upon which that democracy is built: unfettered access to the ballot box and equal justice under the law. https://bfab6a31c6397a3e6bfda457a0c672f0.safeframe.googlesyndication.com/safeframe/1-0-37/html/container.html

We are again faced with the “fierce urgency of now.”  This country does not need to be made great; it is great. Our challenge is making that greatness accessible and affordable for all.  And we would do well to heed historian Alexis de Tocqueville’s admonition that our “greatness lies not in being more enlightened than any other nation, but in our ability to repair our faults.”

Congressman Jim Clyburn, D.-S.C., is the House Majority Whip.The Secret Behind Babbel: An Expert Explains Why This App Is the Best for Learning a New LanguageBabbel|SponsoredWhy Is Everyone In Ghana Rushing To Install This Tool To Access Netflix USTheTopFiveVPN|SponsoredTop 24 Richest and Poorest Countries of Africa – Find out Ghana RankEverydaychimp|SponsoredRemember Him? Wait ‘Till You See Him NowHorizontimes|SponsoredThese Are Probably the Funniest Airport Welcome Signs EverTravelerMaster|SponsoredHistorians Found Disturbing Photos During The Woodstock Festival In 1969Student Sea|SponsoredPeople Who Diet According to Body Type Lose More WeightVShred|SponsoredBorn Into Billions: Meet America’s Richest HeirsBedtimez|SponsoredMan Orders Pizza Every Day for 10 Years Until Employees Realize…Sizzlfy|SponsoredShe Never Got Married, and Now You Know WhyDailyforest|SponsoredDeal of the DayNordstrom’s Clearance Section Is on Mega-Sale Right NowREVIEWEDView Deal Recommendations are independently chosen by our editors. Purchases you make through our links may earn us a commission.Recommended ContentWhy this membership service is especially useful for new parents40 Hit Songs That Are Now Banned From Playing On The RadioOceandraw|SponsoredThere are thousands of Canadian jobs available!Canada Immigration Express|SponsoredMost PopularCOVID, economy: Joe Biden’s policies in his first 100 daysNEWSNew Yorker video captures ‘mob mentality’ of Jan. 6 US Capitol riotersNEWSFlorida whistleblower Rebekah Jones ‘turning herself in’ to face chargeNEWSFeatured VideoKīlauea volcano lava continues to form a new crust at its summitNEWS21 Most Hilarious Windshield Notes You Have to See – #15 Will Make You Laugh So Hard When You See ItBedtimez|SponsoredThese Mysterious Trail Cam Photos Raised Some QuestionsCrafthought|SponsoredFeatured GalleryCapitol building riot cartoon galleryOPINIONMovies That Are So Good They’re Almost Considered PerfectTip Parents|SponsoredWe Ranked These Beautiful Women – Who Is Number 1?Habit Tribe|SponsoredMost PopularKansas couple dies of coronavirus on same day, hours apartNEWSInauguration: What policy changes could President Biden make?NEWSTrump to hold departure ceremony on morning of Biden inaugurationNEWSMore StoriesTrump to hold departure ceremony on morning of Biden inaugurationNEWSFlorida whistleblower Rebekah Jones ‘turning herself in’ to face chargeNEWSCOVID, economy: Joe Biden’s policies in his first 100 daysNEWShttps://bfab6a31c6397a3e6bfda457a0c672f0.safeframe.googlesyndication.com/safeframe/1-0-37/html/container.html

Rural towns in Puntland have huge economic potential, according to new study