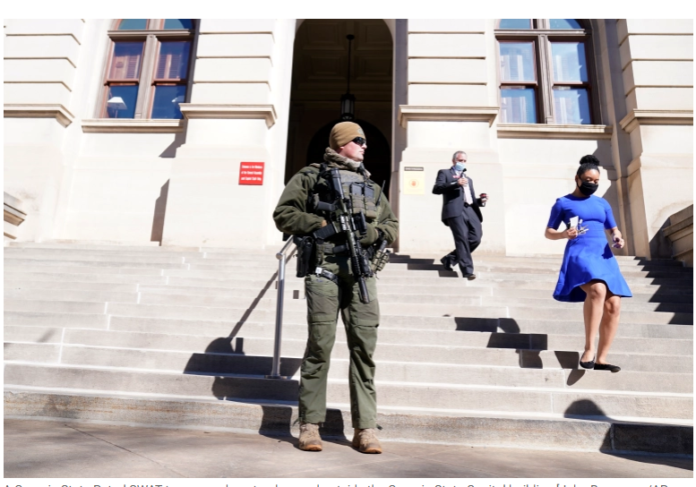 The FBI has warned of possible armed protests in all 50 states and the US capital ahead of Joe Biden’s inauguration on January 20. 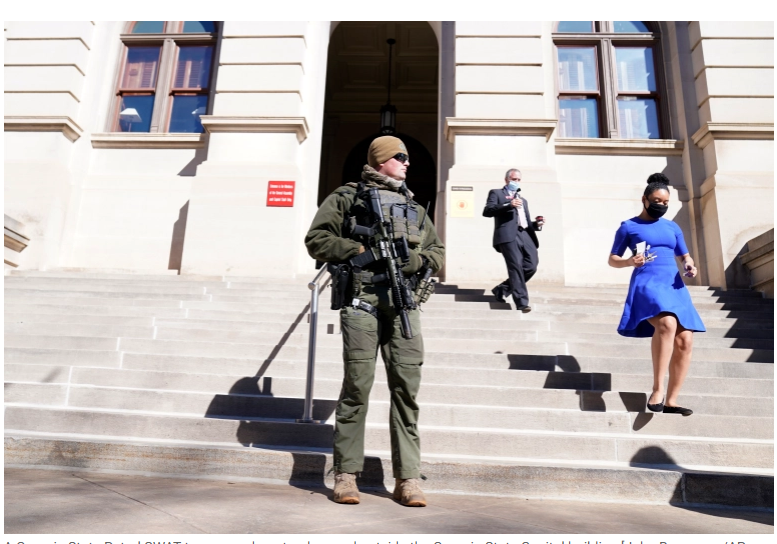 State officials across the United States are preparing for potentially violent demonstrations in support of President Donald Trump in the days leading up to the January 20 inauguration of President-elect Joe Biden.

Several states, including California, Michigan, Pennsylvania, Kentucky and Florida, had activated their National Guard forces to bolster security as of Saturday.

Authorities in Washington, DC were also bracing for more violence following the deadly storming of the seat of the country’s legislature by pro-Trump rioters on January 6.

The security build-ups come after the FBI warned police agencies across the US of possible armed protests outside all 50 state capitol buildings starting on Saturday and lasting through Biden’s inauguration on Wednesday.

Experts say the capitals of battleground states Wisconsin, Michigan, Pennsylvania and Arizona are among the most at risk of violence.

Those states have been central to Trump’s baseless claims of widespread election fraud, which he has used to foment unrest among his supporters, who stormed the US Capitol building as Congress met to certify Biden’s victory.

In Michigan, a fence was erected around the Capitol in Lansing and troopers were mobilised from across the state to bolster security. The legislature cancelled meetings next week, citing concerns over credible threats.

“We are prepared for the worst but we remain hopeful that those who choose to demonstrate at our Capitol do so peacefully,” Michigan State Police Director Joe Gasper said during a news conference on Friday.

Illinois Governor JB Pritzker said on Friday that while his state had not received any specific threats, he was beefing up security around the Capitol in Springfield, including adding about 250 state National Guard troops.

The alarm extended beyond legislatures, as well.

The United Church of Christ, a Protestant denomination of more than 4,900 churches, warned its 800,000 members about reports “liberal” churches could be attacked in the coming week.

Meanwhile, thousands of armed National Guard troops remain on streets in Washington, DC, in an unprecedented show of force.

Bridges into the city and dozens of roads were to be closed, while the National Mall and other iconic US landmarks have been blocked off into next week.

In a joint internal bulletin earlier this week, the FBI, the Department of Homeland Security and National Counterterrorism Center warned perceptions that the January 6 Capitol riot was a success could further embolden domestic extremists.

On Saturday, Democratic leaders of four US congressional committees announced they had opened a review of the January 6 riot.

The lawmakers also signed an open letter asking the FBI and other intelligence and security agencies to find out what was known about threats, whether the information was shared and whether foreign influence played any role.

“This still-emerging story is one of astounding bravery by some US Capitol Police and other officers; of staggering treachery by violent criminals; and of apparent and high-level failures – in particular, with respect to intelligence and security preparedness,” the legislators said.