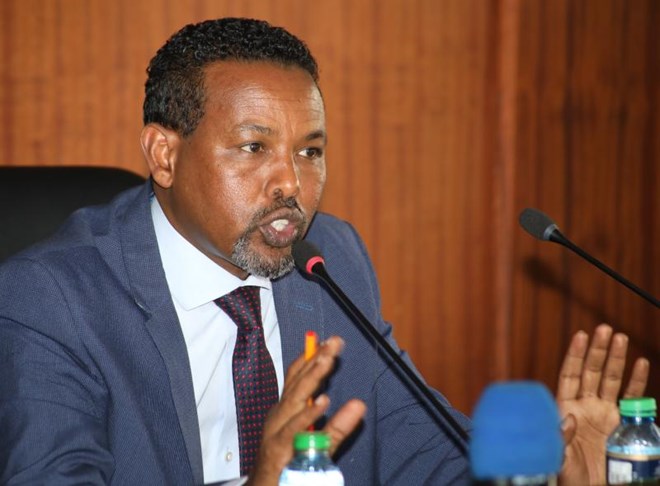 Mohamed, a former chairman of Parliamentary Select Committee on Constitution (PSC) who served as an MP for one term between 2007 and 2013, quit politics saying it “choked the soul”. He later bounced back as constitutional and legal affairs adviser in the Office of the President in 2014.

After leaving the OP in 2017, Mohamed ventured into private business and legal practice.

Three weeks ago, he was among lawyers awarded the senior counsel rank by the now retired Chief Justice David Maraga.

Mohamed’s candidacy in Nairobi is being sold as the alternative between the extremes of President Uhuru Kenyatta and opposition leader Raila Odinga’s choice candidate on one hand, and Deputy President William Ruto’s on the other.

“It is true I am under enormous pressure, and I am giving it serious consideration. You and I no doubt agree that Nairobi deserves better than what we have, and what we have had. We will spend 80 per cent of our lives here and will most likely die here, so why not,” Mohamed said when contacted.

He said he never quit politics, but opted to play a background role in shaping leadership and governance, especially in counties.

He claimed the city was too important to be left to ‘thuggish’ elements who miss the bigger picture and eventually bring it down with them.

“All in all, the city residents, rich or poor, are paying the price for failing to get it right in leadership. When it’s well settled, and I am in the race, I will speak to Nairobians and I am sure they will listen,” he said.

Mohamed made his debut in Parliament on Safina ticket. At a fairly young age – mid 30s – he upset major forces to become chair of parliamentary legal affairs committee and later PSC, beating powerful figures such as the now Deputy President William Ruto in the process.

Together with Ababu Namwamba, the Harvard schooled lawyer went on to deliver the constitutional review process through the murky political waters, ending up in Naivasha where compromise deals were made and the draft constitution agreed upon.

All are hoping that the anticipated vetting of former Governor Mike Sonko’s deputy governor nominee Anne Mwenda, slated for tomorrow, will fall in the eyes of the law.

“This is not about me… it’s about you and all of us. I believe I am qualified, and I would like all other qualified city residents to express interest. Nairobi will not be transformed by angels from the skies. It’s us. I really hope that I do not have to run,” Mohamed said.

His options lie with his former party, Safina, Party of National Unity (PNU) associated with former President Mwai Kibaki, or vie as an independent and cash in from all sides.