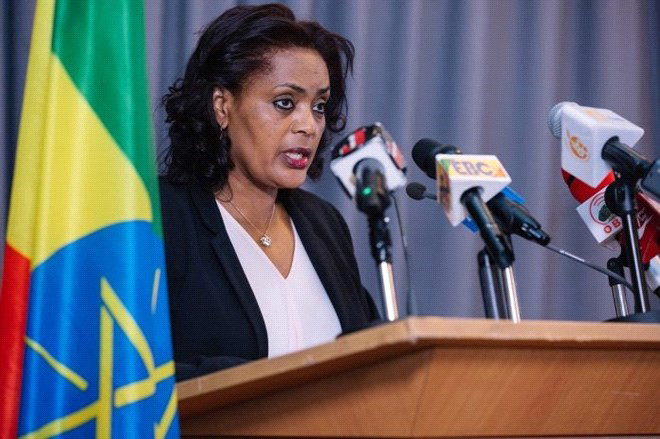 Ethiopia on Friday charged the former head of the state electricity com-pany and the former deputy head of military-run indus-trial conglomerate METEC with corruption in relation to the giant hydroelectric dam the country is building
Azeb Asnake and Mulu Woldegebriel were charged in relation to a 5.1 billion Ethiopian birr (about $159 million) contract awarded to METEC to clear a forest area where water from the dam on the Nile River is planned to flow, Attorney General office spokesman Zinabu Tunu told Reuters. At least half of the money was wasted and the con-tract was never finalised, he said. Azeb is the former CEO of Ethiopian Electric Power and Mulu is the former deputy head of METEC.
Azeb did not respond to phone calls seeking com-ment after Friday’s an-nouncement by the attor-ney general’s office. Mulu, previously charged in a separate corruption case involving METEC, is in jail awaiting trial in that case.
Nearly 50 other people, some of them former METEC officials and oth-ers employees of private companies involved in the contract, were charged along with the two senior officials, the spokesman said. The case is the latest probe into graft by the gov-ernment led by Prime Min-ister Abiy Ahmed, who took office last year vow-ing to clean up state-owned firms and the military.
He cancelled many METEC contracts, includ-ing one related to the nearly $5 billion Grand Renaissance Dam.