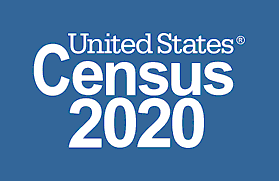 Ohioans can help the federal government con-duct its population count in 2020 and make a few bucks while doing it.The Census Bureau is hiring 500,000 temporary workers across the country to be census takers next year for its 2020 decennial count. Census Day is April 1, 2020.
The agency is hiring census takers to interview household residents and update address lists along with field supervisors, re-cruiting assistants, clerks and office supervisors.
Those jobs will pay be-tween $14 and $23.50 an hour at Ohio’s eight field offices. In Franklin County, workers will earn $20 to $22 an hour. Addi-tional information about the jobs and qualifications is available at 2020Census.gov/jobs. Online applications can be submitted through the web-site. The application re-quires a Social Security number, home address, email address, phone num-ber and a person’s date and place of birth.
It’s unclear how many workers the bureau intends to hire in Ohio. The bureau is attempting to draw about 88,000 applicants in Ohio, though, a census spokes-woman wrote in an email. It has received about 36,000 applications so far in Ohio. A decade ago, the Census Bureau said it would hire 24,000 tempo-rary workers in Ohio to conduct the 2010 count.
Temporary positions are expected to last “several weeks,” and field workers will need to be available in the evening and on week-ends to interview members of the public, according to the bureau’s website. Job offers will be made be-tween January and April. The spokeswoman said positions could run into September 2020, with some positions eligible for health insurance.
The census, done every 10 years since 1790, is used to determine the num-ber of congressional repre-sentatives for each state and to draw the boundaries for district seats in both Congress and the Ohio General Assembly. Ohio is expected to lose one of its 16 congressional seats fol-lowing reapportionment after the 2020 census. The census also is used to allo-cate $675 billion a year from the federal govern-ment.
“As we enter the next decade, it is critical that all Ohioans are accounted for in the 2020 Census,” Sen. Sherrod Brown, a Democ-rat, said in a news release encouraging Ohioans to apply. Every U.S. house-hold will receive an invita-tion to participate in the 2020 census by April 1, and the bureau will accept respnoses online, by phone or by mail.
Invitations to respond to the 2020 census online will be mailed in early March. For those who don’t re-spond online or through the mail, census workers will follow up in person. Nearly half of Columbus residents live in census tracts that the bureau believes will be difficult to accurately count in 2020.