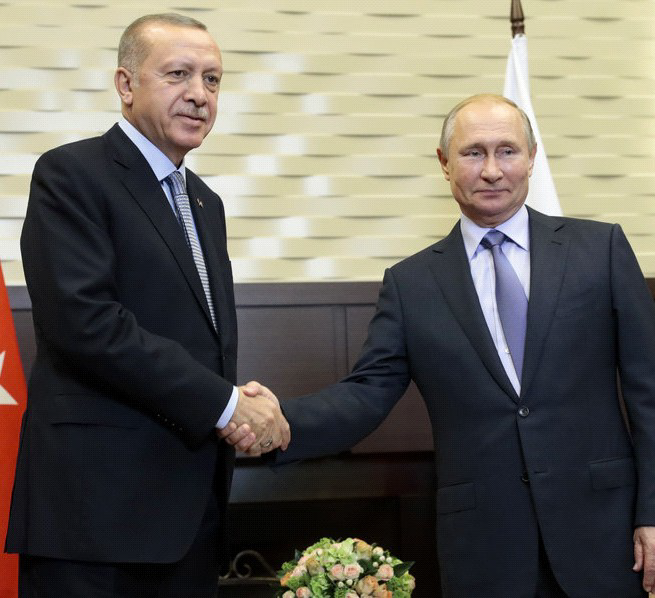 The leaders of Russia and Turkey agreed Tuesday after more than five hours of talks on how to jointly patrol parts of Syria that until recently were controlled by Kurdish forces.
Russian President Vladimir Putin and President Recep Tayyip Erdogan of Tur-key signed a 10-point memorandum at the Black Sea resort of Sochi that is set to go into effect at midday Wednesday local time.
Under the deal, Russian military police and Syrian border guards will first facilitate the withdrawal of Syrian Kurdish forces from the Turkish border. Russians and Turks will then jointly patrol the area now occupied by the Turkish military. Russian military police and border guards from Syria will cross the over the Syrian side of the border with Turkey. At that point, the two forces will “facilitate the removal of YPG elements and their weapons,” according to the memorandum.
The Kurdish YPG fighters, the key U.S. allies in the fight against ISIS, will have to retreat roughly 20 miles from the Turkish-declared security zone in North-ern Syria. The pullback is expected to last about six days, the memorandum said.
Once it’s completed, Russia and Tur-key will jointly patrol that zone. ■