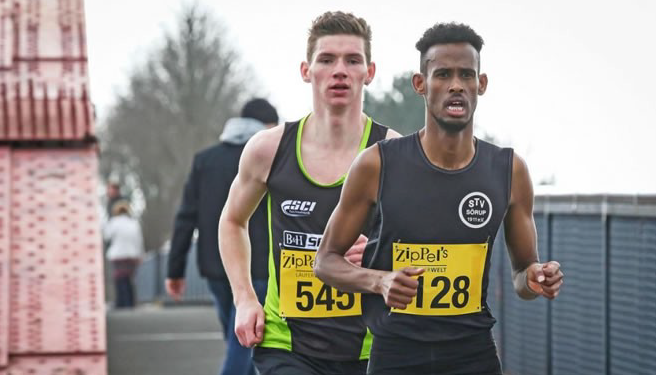 After nearly ten years in Germany, athlete, profes-sional mechanic and refu-gee Mansor Farah wants to become a citizen in his new home country. There’s just one problem – he has no official identity.
Mansor Farah has been running for almost as long as he has been in Ger-many. At the age of 15, he joined his local athletics club, TSV Kronshagen/ Kieler TB. Eleven years later, he has put hundreds of kilometers of competi-tive running behind him.
Despite all these suc-cesses, Farah longs for something else – he calls it “feeling free.” And in a story published this week by the German radio sta-tion NDR, he said his greatest wish was to be able to go wherever he wants.
Germany has been Farah’s home for nearly ten years. He went to school here and last summer he finished an

apprenticeship. Since then he’s been working as a mechanic. You could call him a model citizen, only he isn’t a citizen.
Farah wants to be granted German nationality, or at least permanent residency which would allow him to travel. But so far, the au-thorities have rejected his application because, by a twist of fate, he can’t prove who he is.
No proof of identity
Farah was born in 1996 in Somalia, where natural disasters and civil war over the past two decades have led to millions of people becoming displaced or forced into exile. In 1991, the Barre govern-ment collapsed, and with it the credibility of the coun-try’s institutions. Since then, Germany has not accepted Somali-issued passports as valid docu-ments. Farah came here as a refugee from the civil

war, but in Germany he has no way of proving his identity.
The politician responsible for the immigration office in Kiel, City Councilor Christian Zierau, told NDR the law is clear: “We always need to resolve the question of identity – the legal identity: Who is this person? Can this be proven? And as the law stands now, identity docu-ments from Somalia issued after 1991 are not recog-nized.”
At best, this leaves Farah with subsidiary protection, which means he cannot be deported back to Somalia, but he does not have the same entitlements as a recognized refugee. And he is not alone. Other asy-lum seekers, including many Iraqis, Afghans and Kurds whose documents are not recognized in Ger-many, also lack proof of identity. ■